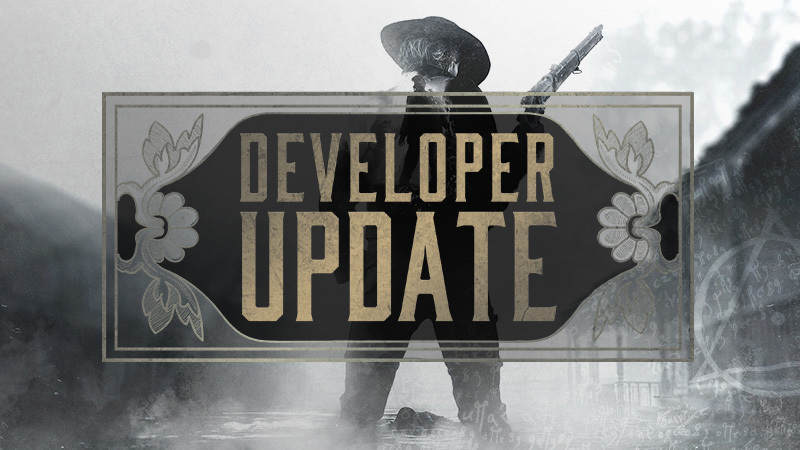 As mentioned in our video yesterday, the team has been working hard to resolve the current issues with the LeMat as a top priority. We also wanted to answer some questions that we have seen on our channels to give as much context as possible.

First and foremost here is what we have been doing since this was reported:

Current plan to resolve this issue:

After further investigation, we found that this issue was introduced with the last hotfix and was an unexpected side effect of fixing the single-shot weapon reload issue.

Our plan now is to revert this fix to remove the possibility of the Lemat being exploited further, but in doing so, the previous bug to single shot weapons will return.

We plan to release this fix tomorrow afternoon and, in the meantime, will continue to work on the partial disable to see if we proceed with that option to help mitigate the current situation.

We will be sure to provide more details on our progress as we receive them.

Questions:
Has this issue been a priority?

Yes, this has been our top priority since it was first escalated to us. We know this is incredibly frustrating and we have been working nonstop to come up with the best and fastest solution to address this problem.

Why has the Lemat not been disabled?

As mentioned above, fully removing a weapon from all aspects of the game is not an easy process. It actually takes more time and resources when compared to attempting a hotfix. When you factor in all avenues in which you can acquire a weapon and the work involved to remove and verify that all aspects are not accessible, as well as testing and verification would take several days and that time would be better spent on reverting the fix that introduced this issue, which is the current plan for tomorrow.

What is being done with those exploiting this?

We have so far taken action on between 80-100 accounts and are continuing to investigate/take action on every report received. The minimum ban length for abusing this is 14 days, 30 days if it’s a second offense, and a permanent ban if it’s a third. This is a manual process so if you have sent in a report, we will get to it as soon as possible. On top of the ban, we are also reverting any kills that have been earned while using this exploit.

Will I be banned if I do it by accident?

Our support team and the systems they use provide the needed information to determine if someone is consistently using the exploit or if it happens accidentally. Our best advice is if it happens, avoid using the weapon and extract when possible, and do not use any instances of the LeMat that you may already own.

We understand that this has been a frustrating experience and we are doing what we can to resolve it as quickly as we can. We want to sincerely apologize for the inconvenience this has caused and will provide further updates once more information becomes available.

Experience the most engaging conflict in world history, World War II, as a leader. Source link

END_OF_DOCUMENT_TOKEN_TO_BE_REPLACED

Add the pack of customization elements to the game! There is great news for those playing World of Tanks on Steam. To celebrate the launch of The Waffenträger: Legacy in-game […]

END_OF_DOCUMENT_TOKEN_TO_BE_REPLACED

The ultimate strategy bundle is here! During BundleFest on Fanatical, you can snag some of the best Kalypso games in one package. The pack starts at only $4.99 for six […]

END_OF_DOCUMENT_TOKEN_TO_BE_REPLACED

Grab a set of development tools to create your own game! The AppGameKit Mega Bundle is yet another pack from Fanatical that launched on the first day of their new […]

END_OF_DOCUMENT_TOKEN_TO_BE_REPLACED

Are you looking for an easy way to make a game? The app included in this Fanatical bundle might interest you. GameGuru might be one of Steam’s most beginner-friendly non-technical […]

END_OF_DOCUMENT_TOKEN_TO_BE_REPLACED

It’s Time ⏰ We’re live with our Update 1.10 Developer Livestream! Join us as we go over all the Highlights of the latest patch coming to the Bayou. And get […]

END_OF_DOCUMENT_TOKEN_TO_BE_REPLACED

For only $4.99, you can get seven fantastic indie games! Fanatical launched a new edition of the BundleFest event! It means that for the whole week, we can expect a […]

END_OF_DOCUMENT_TOKEN_TO_BE_REPLACED

The game is now available to all players! During this weekend only, players have the opportunity to test the multiplayer modes of the latest Call of Duty at no extra […]

END_OF_DOCUMENT_TOKEN_TO_BE_REPLACED

We’re Live Join us NOW for our Developer Gameplay Live Stream showcasing our latest DLC ‘The Penitent’. Throughout the Live Stream, we’ll also be hosting Giveaways of the new DLC […]